The guests of honor were introduced to the Church congregation by Fr. Zareh Zargarian. Princess Veronique Murat and Dr. Helen Vari expressed their appreciation for the invitation and warm welcoming words.

During his Sermon, Fr. Zargarian talked about the crucial role of philanthropists in society and the important contributions of Dr. Helen Vari to healthcare, arts and sciences, and to veterans and much more. She was appreciated for her extensive volunteering, charity and fundraising work.

March 31st marked the 40th day of the passing of the Armenian General Benevolent Union’s President, Mrs. Louise Manoogian Simone.  Fr. Zargarian expressed his heartfelt words about the inspiring life of Mrs. Manoogian Simone and her long years of dedicated service to the Armenian communities around the world and in Armenia especially during the very difficult times. Her and the Manoogian family’s contributions have had a major positive impact in Armenia and the Diaspora. 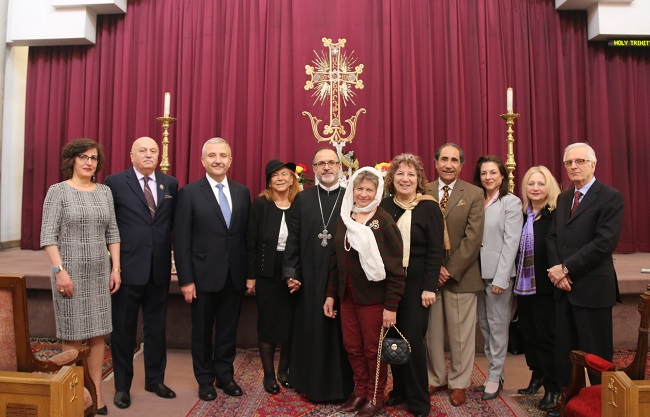 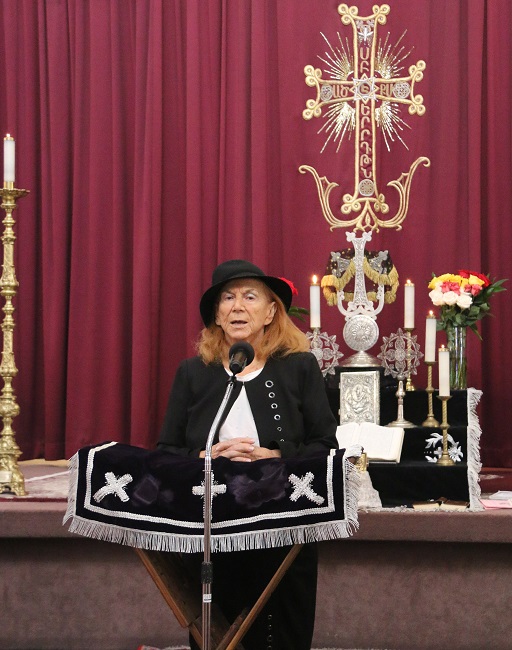 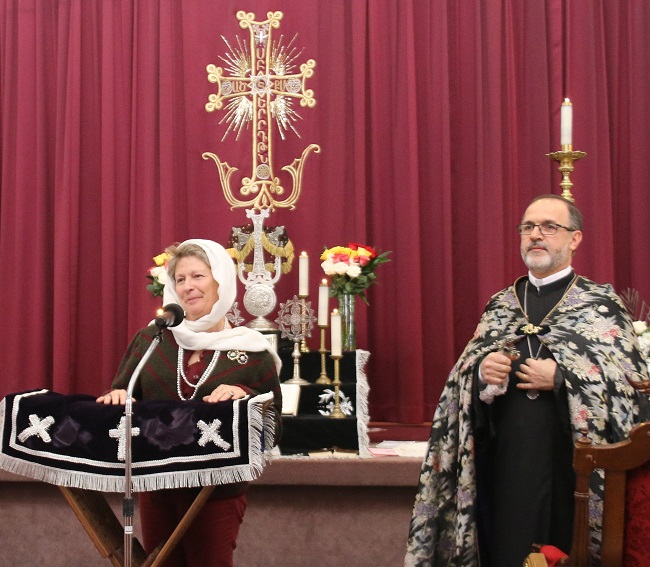 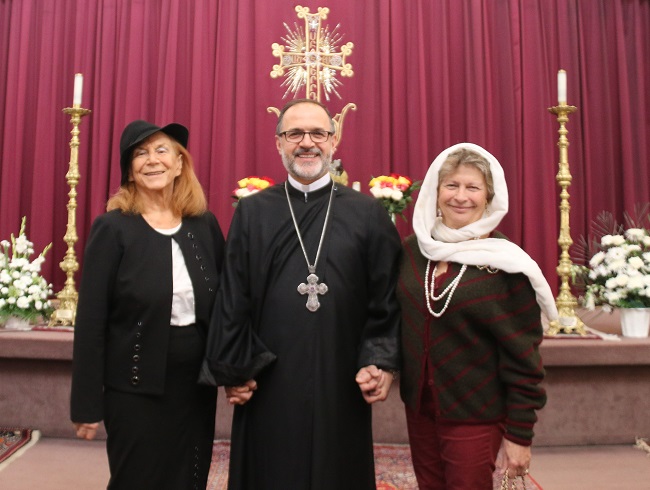 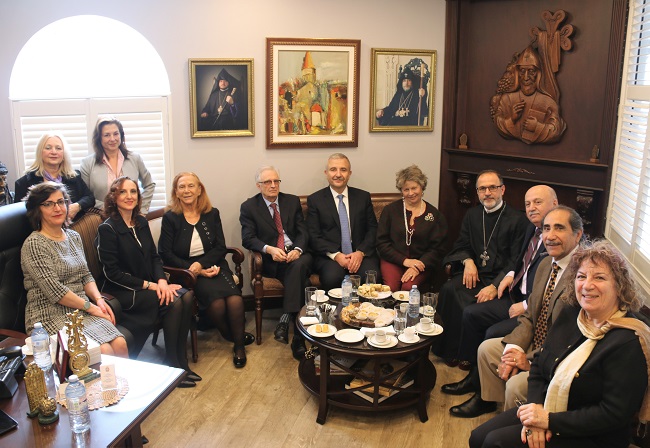