Rev. Archpriest Fr. Zareh Zargarian was born in Iran on May 1, 1966, under the baptismal name of Alvand to parents Yeznig and Shoghig Zargarian. He is the youngest of six children; he has three brothers and two sisters. In 1972, the Zargarian family’s love for their homeland beckoned them to settle in the Etchmiadzin, Armenia.

From 1972 to 1982 Alvand received his primary and secondary education at the St. Mesrob Mashtots School. In 1982, following in the footsteps of his beloved grandfather Reverend Archpriest Father Meguerditch Zargarian, he started his studies at the Kevorkian Seminary in Holy See of Etchmiadzin.

From 1984 to 1986, young Alvand served in the Soviet Army in Kazakhstan. In 1988, he graduated with honours from the Seminary and was ordained Deacon in the Mother See of Holy Etchmiadzin by His Eminence Archbishop Housig Santourian. From 1988 to 1991, under the fatherly supervision of His Holiness Vasken I, Supreme Patriarch and Catholicos of all Armenians, the newly ordained deacon became Executive Secretary of the Catholicosate.

Shortly after their wedding, Deacon Alvand was invited to serve as Assistant Pastor at the St. Gregory the Illuminator Cathedral in Montreal. In 1992, His Eminence Archbishop Hovnan Derderian ordained Deacon Alvand to priesthood. He was given the ordination name Zareh, to signify a new life.

Parallel to his pastoral duties in Montreal, from 1992 to 1996, Fr. Zargarian served as Visiting Pastor at St. Mesrob Armenian Apostolic Church in Ottawa.

Fr. Zargarian has played an important role in establishing a common understanding and a working relationship among the Armenian churches and organizations. He continues to promote unity and solidarity within the community. Since 1996, Fr. Zargarian has been an active member of the Interdenominational Committee of Armenian Churches in Toronto.

Fr. Zargarian has had significant impact on Armenian communities in Montreal & Toronto. He has extended a warm welcome and a helping hand to all, especially to newcomers to Canada by welcoming them into the parish and involving them in community affairs, thereby facilitating a smooth transition into the Armenian-Canadian culture.

A committed and devoted leader, Father Zareh Zargarian is a compassionate spiritual advisor and leads his parish with utmost dedication. His unwavering faith in God and his commitment to his calling are inspiring to all. 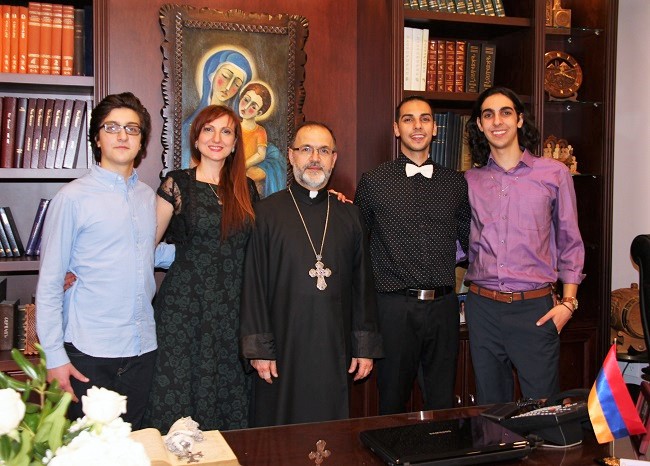