For the past year, Sassoun Dance Ensemble of Holy Trinity Armenian Church has been preparing for their 10th Anniversary Performance. The group put together an outstanding show, planning to present something that has never been done before in Canada. They were able to achieve this goal on June 21st in Toronto and June 28th in Montreal. With the participation of world renowned singer, Ruben Sasuntsi from Armenia, performing for the very first time in Canada, Sassoun Dance Ensemble presented their 10th annual performance entitled “Sasna Yergir.” 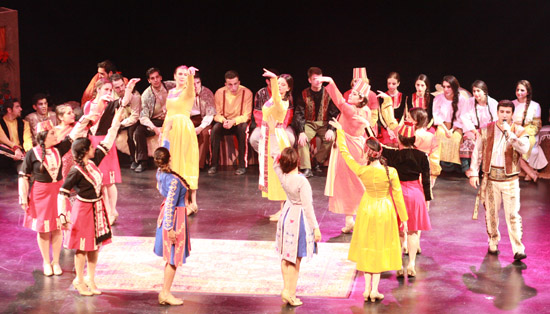 On June 21st, the group presented their show in Toronto to a crowd of over 900 people. The theatre full of excited guests were enthusiastic throughout the show and danced along with the group, as Ruben Sasuntsi enriched the already lively atmosphere Sassoun Dance Ensemble sets year after year. On June 28th, Sassoun Dance Ensemble along with Ruben Sasuntsi presented the same show in Montreal, to a crowd of over 600 people, where the audience once more was taken back to our roots and enjoyed our culture in a make shift village. 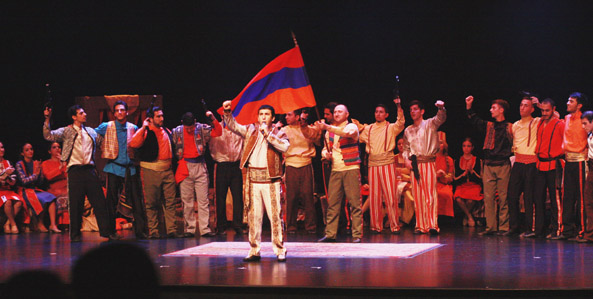 As the 10th anniversary show came to an end, and as Ruben Sasuntsi returned to our homeland, Sassoun Dance Ensemble prepares for their next performance on August 23rd, 2014 at the CNE on the International Stage, once again representing our Armenian Heritage in a multicultural setting.

Sassoun Dance Ensemble, founded in 2004 by Rev. Archpriest Fr. Zareh Zargarian, will continue on to their 11th season on September 12th, 2014 under the new leadership of long time choreographer of the dance group, Sevag Avakian as Artistic Director & Choreographer, and of Junior Sassoun Choreographer, Sareen Avakian, as his assistant.

For more information about the Sassoun Dance Ensemble and for performance dates, visit their Facebook page at http://www.facebook.com/groups/sassoun/. 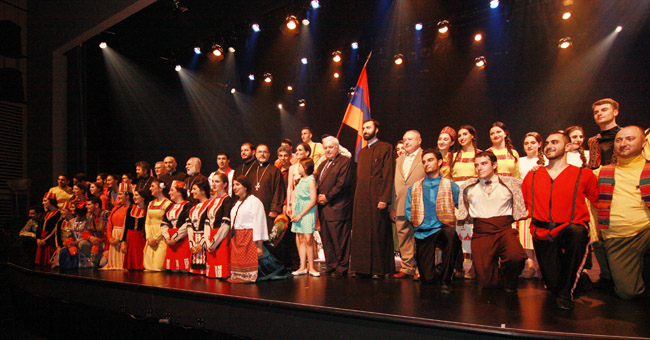