On the occasion of 25th Anniversary of the founding of Armenia’s Armed Forces and by the order of the Republic of Armenia’s Minister of Defence, Mr. Vigen Sargsyan, His Grace Bishop Vrtanes Abrahamyan, Head Chaplain of the RA Armed Forces awarded Rev. Archpriest Fr. Zareh Zargarian, Vicar of the Canadian Diocese and Parish Priest of Holy Trinity Armenian Church with the Medal of “Andranik Ozanyan” of the Armed Forces for his considerable input and assistance in the betterment of the Armenian Army. 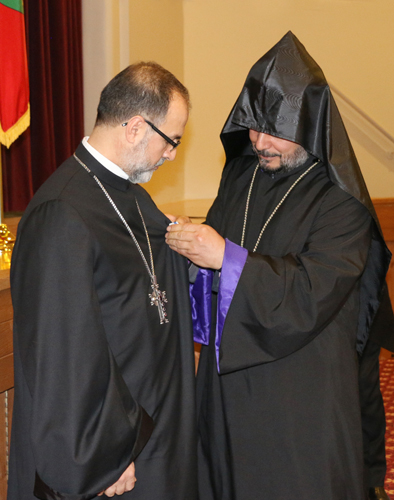 Fr. Zargarian received this highly appraised recognition for providing unconditional support and conducting humanitarian efforts towards the betterment of the Armed Forces Chaplaincy, the soldiers and their families for over 25 years. Bestowing of the medal to Fr. Zargarian by Bishop Abrahamyan took place on March 5, 2017, during a public meeting marking 25th anniversary of the RA Armed Forces at Holy Trinity Armenian Church of Toronto. 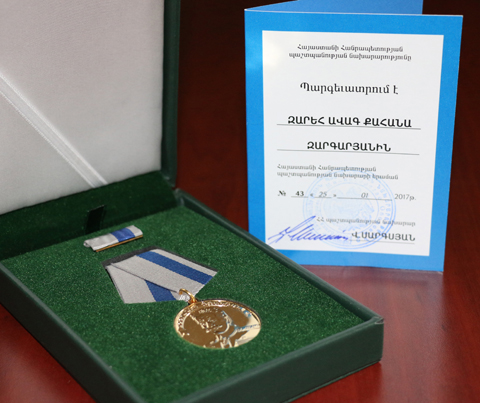 Bishop Abrahamyan talked about Fr. Zareh Zargarian’s kind initiative following the April 2016 four day long war whereby he encouraged Toronto Armenians to make a donation to the Humanitarion Fund on the occasion of his 50th birthday. In the fall of 2016, Serpazan accompanied Fr. Zargarian paying visits to over 112 families of fallen soldiers who had lost their lives defending the homeland during April’s four day long war. During these visits, they offered the families their condolences, expressed their love, prayed with them and extended financial assistance.

It is with great happiness and pride that on behalf of the Armenian Church Diocese of Canada, Diocesan Council and the Holy Trinity Armenian Church Parish Council, the Auxiliary Bodies and faithful parishioners we extend our heartfelt congratulations to Rev. Archpriest Fr. Zareh and Yeretsgin Naira Zargarian and to their sons Nareg, Aren and Araz on this recognition. We pray that the Lord Almighty continue to bless them and grant them long, healthy, and fruitful years to continue their God pleasing faithful services to our homeland and to humanity. 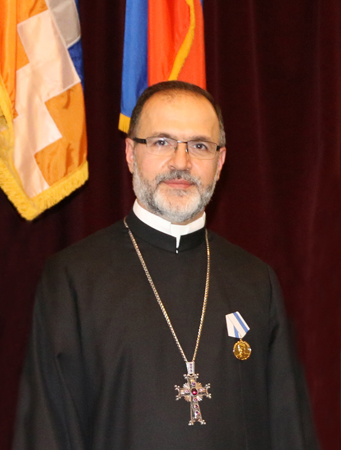 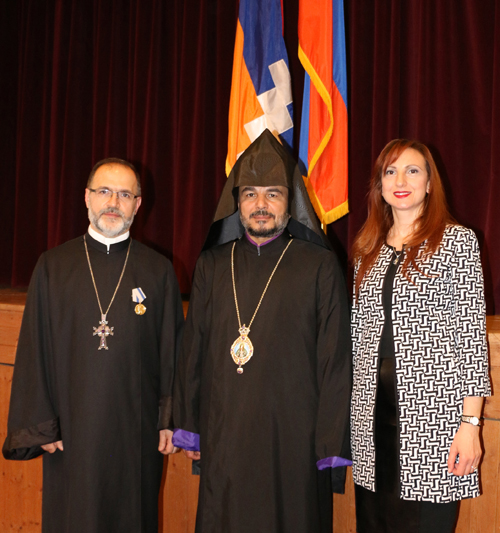