Prayer for Christian Unity in Toronto

Prayer for Christian Unity in Toronto

The Week of Prayer for Christian Unity organized by the office of Ecumenical and Interfaith Affairs in started on January 18 to 25, 2015.
By the invitation of Catholic Archdiocese of Toronto, Rev. Archpriest Fr. Zareh Zargarian represented the Armenian Apostolic Church of Canada in the prayer service that took place on Sunday, January 25th at Yorkminster Park Baptist Church.

Fr. Zargarian accompanied the clergies who led the prayers for more than 400 Christians present. The prayers were conducted by nine archbishops, bishops, and moderators of nationwide churches and 21 pastors who covered a range of Christian communities from several communities of Orthodox, Catholics, Anglicans and churches of the Reformation.
The week of prayer concluded by Rev. Dr. Paul Scott Wilson’s preaching, professor of homiletics at the United Church’s Emmanuel College. “He (Jesus) is our unity. He is our living water, our one foundation, our paschal light, we must be one in compassion, one in acceptance, one in being respectful of others, one in reaching out to the poor, one in joy”. 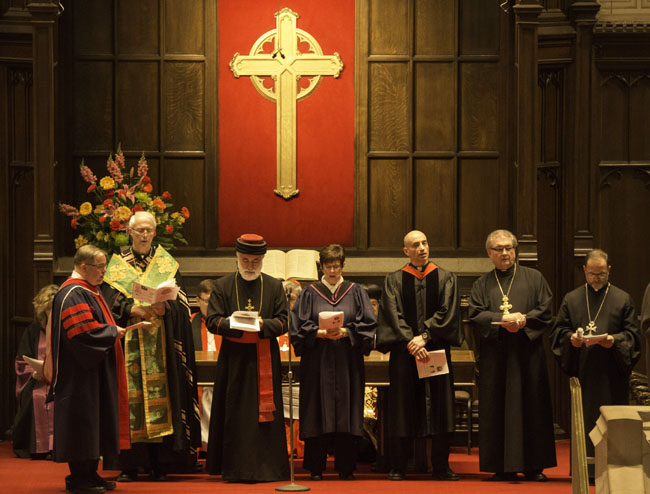