Meeting with the Ambassador of Armenia at Holy Trinity Church

Meeting with the Ambassador of Armenia at Holy Trinity Church

On November 19, 2011 the Holy Trinity Armenian Apostolic Church (HTAC) and “Hayreniq” Association presided by Rev. Archpriest Zareh Zargarian organized a social gathering and meeting with His Excellency Mr. Armen Yeganyan, the Ambassador Extraordinary and Plenipotentiary of the Republic of Armenia in Canada. This was the first meeting of its kind with the newly appointed Ambassador of the Republic of Armenia in Canada and more than 270 guests from the Armenian Community of Toronto gathered at the church’s “Magaros Artinian” hall to meet with Mr. Yeganyan.

The chairman of “Hayreniq” Association, Mr. Hovhannes Petrosyan greeted the guests and introduced the mission of the Association as well as the work that has been done under the umbrella of Holy Trinity Armenian Church in the last 5 years. Further, Mr. Petrosyan encouraged everyone to actively participate in the Armenian community life, to make new friends and bring in their families and friends. 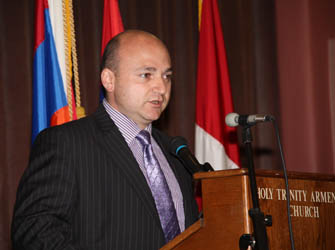 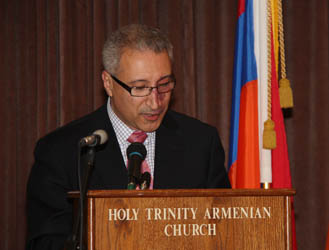 In his welcoming speech, Fr. Zargarian expressed his sincere happiness to have the Ambassador and First Secretary of Consular Affairs, Mrs. Lusine Movsisyan at the Holy Trinity Armenian Apostolic church of Toronto. 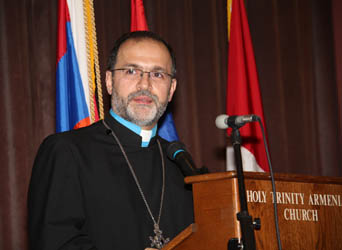 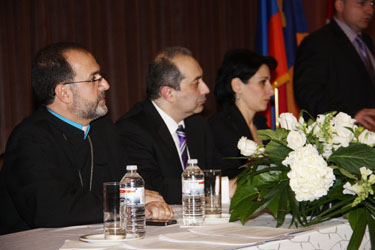 Mr. Stephan Ekmekjian, the Vice-Chair of church’s parish council, introduced the ambassador to the public, read Mr. Yeganian’s biography and invited him to the podium. Mr. Yeganyan stated that this was his first social gathering with the Armenian community of Toronto and he was looking forward to more meetings in the future. Mr. Yeganyan made a presentation on the following topics of interest: the Armenian Foreign policy overview, the Dual citizenship policy, the Laws pertaining to business investments and Business Environment in Armenia. 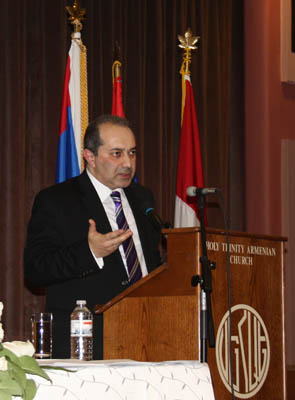 In addition to presenting the current state of the foreign policy of Armenia, Mr. Yeganyan discussed the migration rate in Armenian as well as Nagorno-Karabakh issues and its possible resolution stage. Further, he outlined the activities of the Armenian Embassy in Ottawa and the achievements and challenges the diplomatic corps faces. 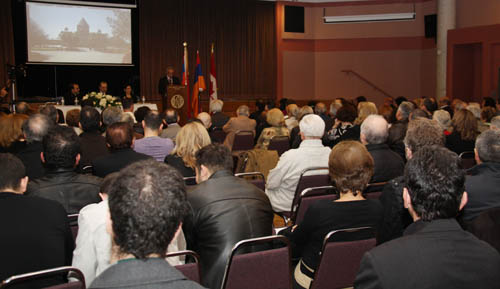 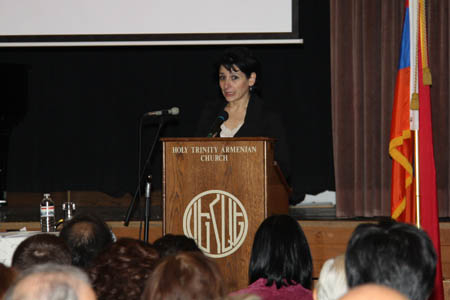 At the end of the evening Fr. Zargarian thanked Mr. Yeganyan and Mrs. Movsisyan for accepting the invitation and coming to Toronto for this informative and much necessary meeting. Also, he appreciated the presence of the community members & for their involvement in this interactive gathering.

We are looking forward to see you all soon in similar events in a very near future. 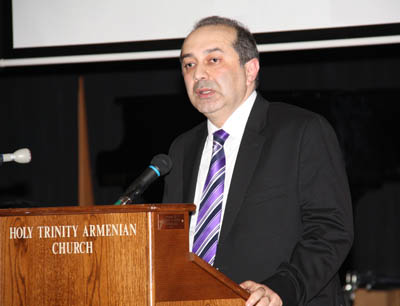 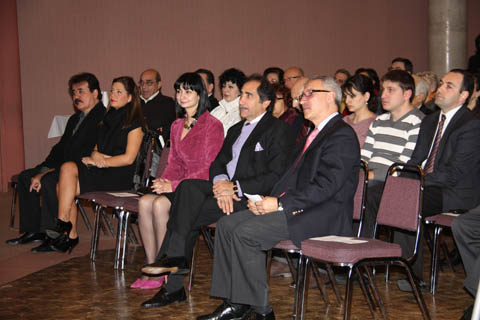 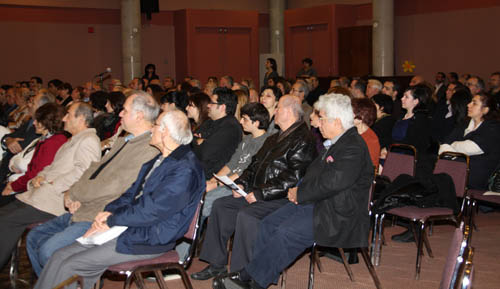