Religious leaders exchanged their views concerning the history and current situation of the Greek Orthodox and Armenian Apostolic communities in Canada, and discussed various possibilities of cooperation on spiritual, ecumenical and youth issues. 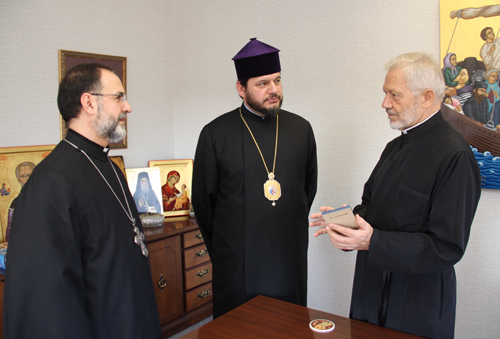 His Eminence Metropolitan Sotirios confirmed the high level representation of the Greek Orthodox Metropolis of Canada at the Ecumenical Prayer on April 19, 2015, in the Metropolitan United Church of Toronto, dedicated to the 100th anniversary of the Armenian Genocide. 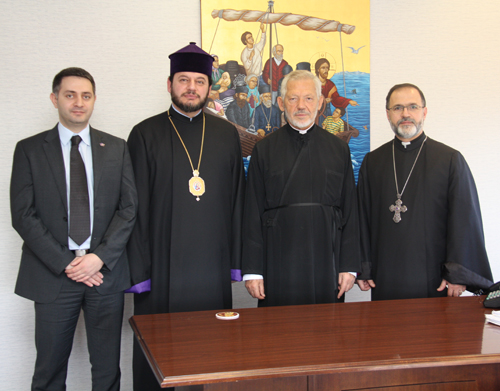