Interfaith Breakfast with The Mayor of Toronto, John Tory

Interfaith Breakfast with The Mayor of Toronto, John Tory

“All major religious traditions carry basically the same message, that is love, compassion and forgiveness. The important thing is they should be part of our daily lives.” — The Dalai Lama.
When London’s newly-minted mayor, Sadiq Khan, recently declared his city to be the most diverse city in the world, Toronto’s mayor, His Worship John Tory disagreed and pointed out that the title belongs to Toronto. To settle the dispute between the two mayors, BBC radio crunched the numbers through some fact checking and concluded that Toronto indeed is the most diverse and multicultural city in the world. Fifty-one percent of Toronto’s population is of foreign born, more than 230 different nationalities call the city their home, 150 languages are spoken in the city. It is no surprise that Toronto is also home to one of the oldest and most active interfaith community in the world that through its programs and activities strives to strengthen the ties between the diverse communities. The Armenian Church has always been an active member of the interfaith and ecumenical community. With the leadership of our Rev. Archpriest Fr. Zareh Zargarian, the Holy Trinity Armenian Church plays an integral role in the local interfaith and ecumenical organizations.

With the blessing of Fr. Zargarian, I had the honour to represent our church at an interfaith breakfast with Toronto’s mayor John Tory at the City Hall, organized by Toronto Area Interfaith Council. On July 27, 2016, over 200 religious leaders attended the event representing their respective communities.  After a warm welcome by Armand La Barge, a retired police chief, Director David Cherniack presented his new documentary, which was about places of worship in GTA. Among many of the city’s temples, churches, and synagogues, the documentary also featured the Holy Trinity Armenian Church. Other speakers of the event acknowledged the contributions of the president of the Toronto Area Interfaith Council, Zul Kassamali, Rev. Leslie Mezei, Councillor Joe Mihevc, and mayor John Tory.

The mayor invited and asked the religious leaders to be more active in their spiritual advice and feedback with regard to life in the city. He highlighted some of the areas where he sees possible cooperation. One of the suggested probable and potential collaboration was the involvement of religious communities in the planning and overall life of nursing homes. This is an area where our church is already very active and involved through its visitation committee that organizes lunches, prayer services, social and cultural programs for Armenian seniors living in various long-term care facilities throughout the city. 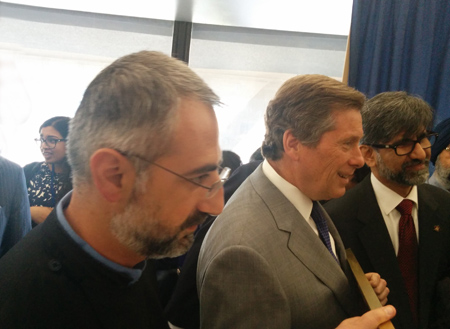 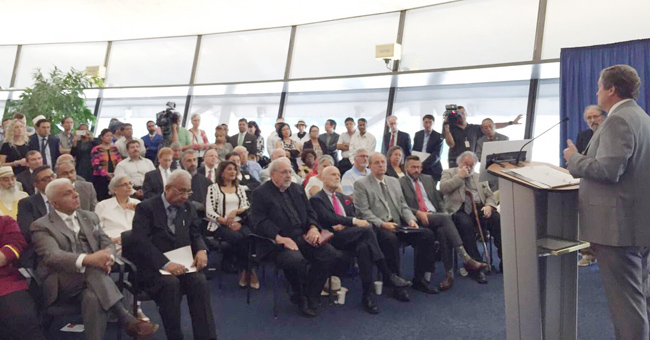