Mrs. Maida Icliates, the chair of Armenian Family Support Services met with the group to introduce them to Armenian Memorial Built project which started in 2006 with Habitat For Humanity Toronto. In April 2015, 100 Armenian Youth will take part in the project to commemorate 100th Anniversary of the Armenian Genocide.

The Parish Priest, Rev. Archpriest Zareh Zagrarian welcomed the youth and appreciated the efforts of the organizers. The topic of Fr. Zargarian’s discussion was the commandments of love as the following day, January 31st was St. Sarkis Day, who is considered to be the patron of love. Some of the attendees read passages from the Holy Bible.

The Executive Committee of the ACYOC Juniors under the leadership of Patil Imasdounian organized another successful evening with their supportive chaperones David Ter Haroutunian and Arin Martirosian.

The ACYOC Juniors are looking forward to their upcoming event, Annual Ski Trip in March. 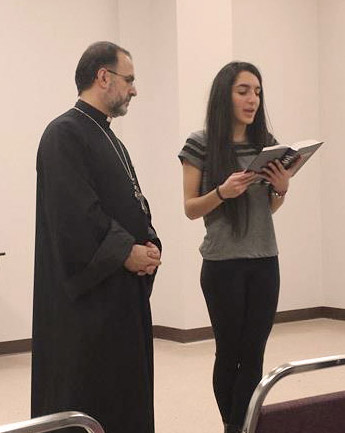 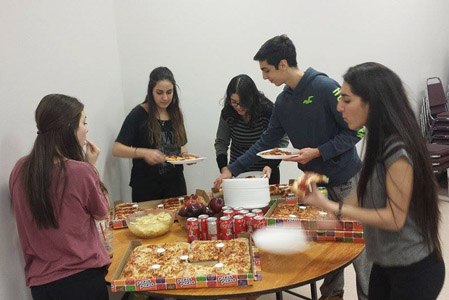