Week of Prayer for Christian Unity

Week of Prayer for Christian Unity 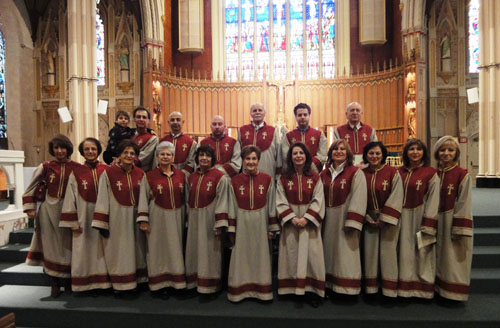 Members of the Holy Trinity Armenian Church made a pilgrimage to the historic St. Michael’s Catholic Cathedral in downtown Toronto last Sunday, January 22, to participate in a multi-denominational ecumenical observance dedicated to the week of prayer for Christian unity.

The week of prayer was conceived in 1908 to pray for Christian unity. Today, it is organized globally by the World Council of Churches, a fellowship of churches which confess the Lord Jesus Christ as God and Saviour according to the scriptures. The prayers are held annually so that Christians become aware of the great diversity of ways of adoring God. Hearts are touched, and people realize that their neighbours’ ways are not so strange.

Observances take place in many countries around the world, with local churches taking turns to organize and host the service. The Roman Catholic Archdiocese of Toronto graciously hosted this year’s ecumenical gathering. The ceremony was presided by His Grace, Archbishop Thomas Collins and attended by clergy and representatives from sister churches, such as Anglican, Lutheran, Greek, Assyrian, Armenian Catholic and many other Western and Orthodox churches. 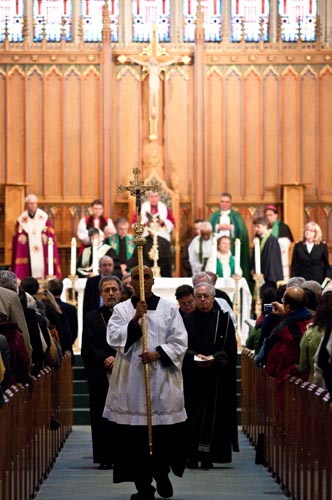 Rev. Ammonius Guirguis, pastor of the St. Mark’s Coptic Orthodox Church, offered the homily, in which he elaborated on the day’s theme of change. He recounted the transformation of the Coptic saint, Abba Moses the Black, who started out as a thief and the leader of bandits, but influenced by the dedication of Christian monks, accepted Christianity and joined the monastic life. 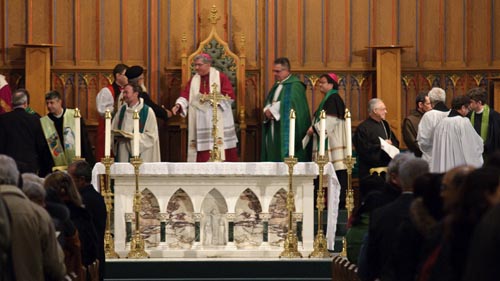 Deacon Nurhan Ipekjian represented the Holy Trinity Armenian Apostolic Church in the ceremony as one of the leaders in the joint prayers for unity and transformation, while the Choir, directed by Mr. Shahe Altounian and accompanied by Mrs. Sona Artinian, sang the 12th century hymn by Khachatur Haghardznetsi, ‘Khorhourt Khorin’ (Deep Mystery), which so beautifully describes the unfathomable mystery of God, which, with its wondrous power, changes us and adorns us with indespoilable vestments.

We were happy to participate in this ecumenical service, as the opportunity allowed us to share our Armenian Christian tradition with other citizens of our fair city, and also experience how other communities celebrate their Christian faith. We enjoyed hearing the New Dawn Moravian Church Choir sing “He’s Callin’ My Name”, and also the Senior Choir of the St. Michael’s Choir School sing the hymn “Ubi caritas – Where there is charity and love, God is there.” It was just as powerful joining the entire congregation to sing the hymns “I Come with Joy” and “O Christ, the GreatFoundation”.