On Sunday, April 19, 2015 over 5000 Toronto Armenians joined by various communities such as Pontian Greeks, Assyrians, Jews, Kurds, Rwandans and Cypriots, gathered at Queen’s Park to commemorate the Armenian genocide in 1915. 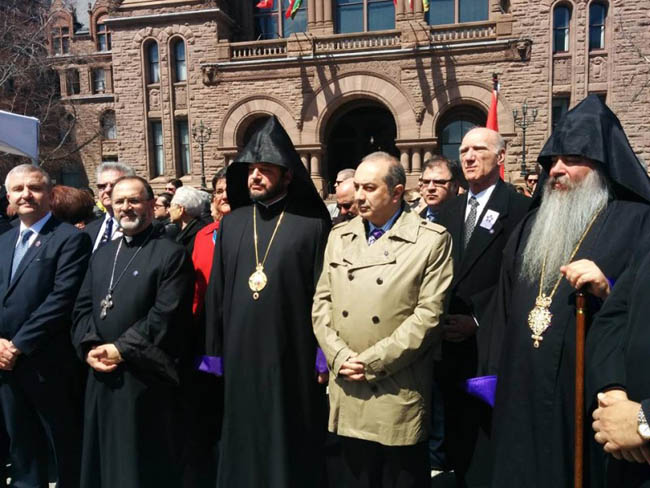 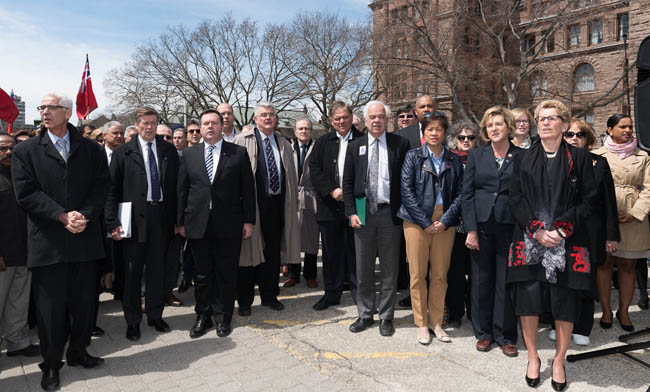 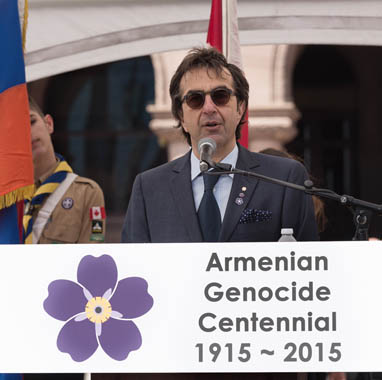 The Unity March started following the speeches, from Queen’s Park towards the Metropolitan United Church of Toronto to participate in Ecumenical Service. This commemoration prayer service was organized by Toronto Armenian Churches’ Interdenominational Committee, consisting of Holy Trinity Armenian Apostolic Church, St. Mary’s Armenian Apostolic Church, St. Gregory’s Armenian Catholic Church, and Armenian Evangelical Church with the participation of their united choir. The Metropolitan United Church was packed by unprecedented number of faithful who participated in this service inside and outside of the church.

Messages were delivered on behalf of Republic of Armenia, by Ambassador Yeganian, and on behalf of the Canadian Armenian Faithful, Bishop Abgar Hovagimian and Bishop Meghrig Parikian. 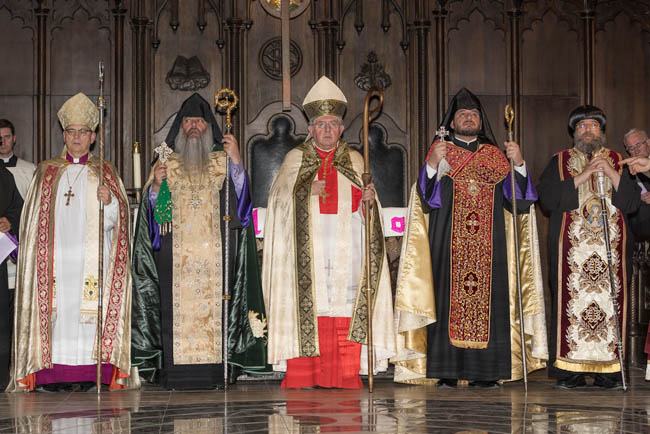 The sermon of the day was preached by the Roman Catholic Archbishop Thomas Cardinal Collins, dedicated to the Martyrs of the Armenian Genocide. 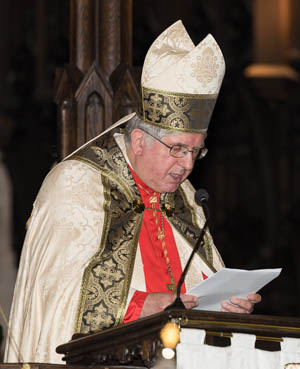 This peaceful Ecumenical Service paid its utmost respect to the memory of all martyrs and was aimed to prevent the violence and prosecutions around the world. A heartfelt gratitude to the House of Commons and the Government of Canada for the recognition of the Armenian genocide.

A big thank you to the Armenian Genocide Centennial Committee of Canada for their outstanding commitment and dedication.