The Week of Prayer for Christian Unity 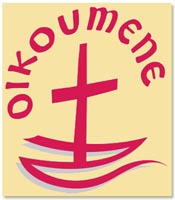 In Canada, the Week of Prayer for Christian Unity is celebrated from the Sunday prior to the Feast of the Conversion of St. Paul to the following Sunday, which this year is January 18-25. This week is one of the oldest and most widely-observed ecumenical events in the world – 2009 is the 101st anniversary.

Since 1965, resources for this week have been prepared by a joint committee of the Pontifical Council for Promoting Christian Unity and the Faith and Order Commision of the World Council of Churches.

On Sunday, January 18, 2009, His Eminence Bishop Bagrat Galstanian Primate of Armenian Church Canadian Diocese & Rev. Archpriest Zareh Zargarian, Holy Trinity Armenian Church pastor, were present at the Cathedral Church of St. James in Toronto, representing Armenian Church on the first day of Prayer for Christian Unity. The open offering of this week long event will support relief work in Gaza through ACT (Action by Churches Together).
Later on, the reception took place at The Right Reverend Colin Johnson’s residence.