The Spirit of Giving, Information Session 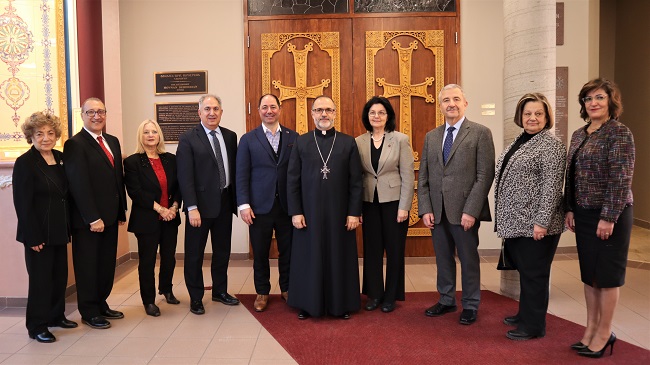 On November 17th the Board of Trustees of the Endowment Fund at Holy Trinity Armenian Church delivered a highly anticipated and valued informational session called “The Spirit of Giving”.  Close to one hundred participants were present and the objectives of the session focused on:

–  Transparently reporting to the parishioners and the community at large, the current value which had reached about $2.3 million dollars and investment returns had averaged over 5%/yr since inception.  The last twelve months had delivered returns of over 10%.  Ms. Knar Basmadjian who is a Portfolio Manager and Investment Advisor at CIBC Wood Gundy, Private Wealth Management and who occupies the function of Financial Advisor to the Holy Trinity Armenian Church Endowment Fund, presented the details of the return on the investments of the fund and shared with the participants that over half a million dollars had been disbursed by the endowment fund to the various programs under the church as set by the bylaws of the fund.

–  The various approaches used to grow an endowment fund in an effective way by hearing a very dynamic and informative session presented by Mr. Charles A. Demirjian who flew in from Chicago specially for this event. Mr. Demirjian is the current Chairman of the Armenian Church Endowment Fund (ACEF), that operates primarily in the Eastern Diocese of the United States and oversees over $105 million dollars of investments along with his board members.

– Educating the participants on topics related to real estate, wills, estate planning and estate administration. Mr. Robert Adourian, who has been a lawyer since 1980 and practices law at Devry Smith Frank LLP. Mr Adourian shared some fundamental points related to the importance of wills and the approaches by which one can direct assets to a non profit and charitable organization such as the Holy Trinity Armenian Church.

– As a perfect complement to the above topics, Mr. Grant Matossian CPA, CGA, CFP and accountant since 2007, delivered a very practical speech on various financial approaches of donations that would be advantageous to both the donation party as well as the receiving institution.

The Board of Trustees assured the participants on how tightly and securely the capital is protected under the very clear and objective bylaws. An emphasis was made on the fact that 25% of annual proceeds (gains) are returned back to the capital in order to continuously fuel the growth of the fund.

It is very worthy to note the following recipients (insert the names) of the Recognition Certificates that were presented by Archpriest Father Zareh Zargarian, Parish Priest, President of the Endowment fund and Vicar of the Armenian Church of Canada who was joined by the Chairperson of the Endowment Fund Mrs. Apet Alpay.

The session concluded by a reception where interactions and exchange of ideas continued with the faculty of the day. 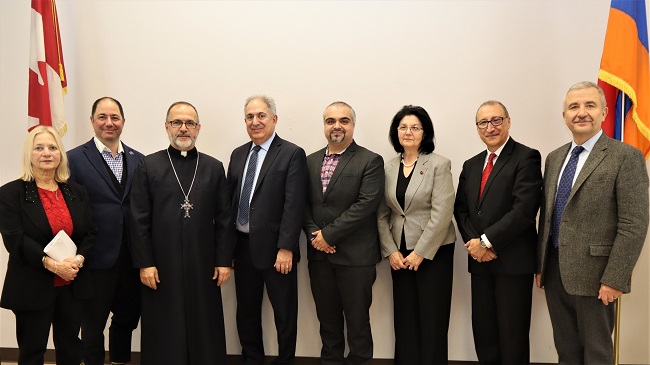