The 32nd Annual Assembly of the Armenian Apostolic Church Canadian Diocese, hosted by the Ontario, St Catharines St. Gregory the Illuminator parish was held on May 29-30, 2015 in St. Catharines, Ontario. Delegates from parishes across Canada, from Vancouver to Montreal, attended the Assembly held under the presidency of His Grace Bishop Abgar Hovakimian, Primate, and the chairmanship of Mr. Jack Stepanian, former Chairperson of the Diocesan Council. 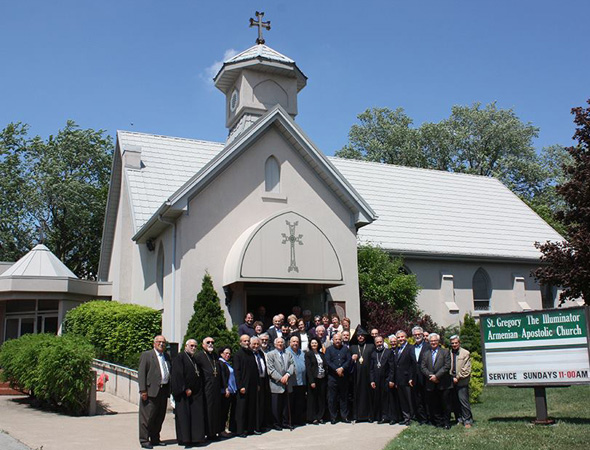 His Holiness Karekin II, Supreme Patriarch and Catholicos of All Armenians, the Right Honorable Stephen Harper, the Prime Minister of Canada, and the Rev. Dr. Karen Hamilton, General Secretary of the Canadian Council of Churches had sent their special messages welcoming and expressing their wishes of success to the Diocesan Assembly.

In application of the Diocesan Bylaws, the Assembly elected two lay and two clergy members, Mrs. Apet Alpay from Toronto and Mr. Jack Seraidarian from Laval, and Rev. Zareh Zargarian and Rev Vazken Boyadjian, as members of the Diocesan Council, the highest executive body of the Diocese. 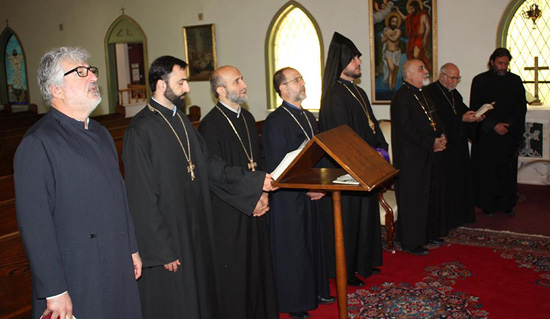 On Saturday evening, the Parish Council of St. Gregory the Illuminator Church of St. Catharines organized a banquet for the participants of the Diocesan Assembly.
In order to enhance transparency of the Diocesan activities and further consolidation of the community, the Primate invited for the first time, leaders of the Armenian organizations and political parties, to attend the Assembly as observers.

Click here to read the messages of the Supreme Patriarch and Catholicos of All Armenians in Armenian; the Prime Minister of Canada in English, French and Armenian; and the General Secretary of the Canadian Council of Churches in English –http://armenianchurch.ca/the-32nd-annual-diocesan-assembly…/ 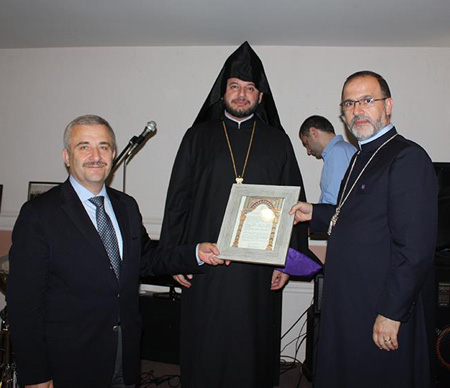