It is not frequently that the Canadian Armenian Association for Performing Arts (CAAPA) presents concerts in Toronto, but each one of its shows is a memorable event that sends audience members home with a sense of spiritual fulfilment.

Such was the Spring Concert dedicated to Canada’s 150th Anniversary of Confederation featuring three rising stars, Julia Mirzoev (violin), Artun Miskciyan (piano) and Lynn Anoush Isnar (soprano), that took place on Saturday, May 20 at the Holy Trinity Armenian Apostolic Church under the auspices of His Grace Bishop Abgar Hovakimyan, Primate of Armenian Diocese of Canada.

In her welcoming speech, CAAPA chair, Mrs. Lena Ouzounian highlighted the opportunities that Canada has given to immigrants – and in this case Armenians more specifically, and the contribution of the latter to the enrichment of Canadian culture through the many stellar artists that adorn this country’s artistic life.

One of CAAPA’s primary goals being to promote young Armenian talent with scholarships or performance opportunities, it is fitting to acknowledge this organization’s important role as a stepping stone for young talent on their way to a brilliant future career.

Music lovers had turned out in large numbers for the May 20 Spring Concert. Julia Mirzoev (violin) who studies presently under the tutelage of Jonathan Crow (Concertmaster of the Toronto Symphony) at the University of Toronto, opened the program with the slow movement (Grave) of  Johann Sebastian Bach’s Violin Sonata No. 2 in A minor, BWV 1003, which she performed with superb mastery, a lovely tone and beautiful style. Then she was joined at the piano by Artun Miskciyan, a student of concert pianists James Parker and Enrico Elisi at the University of Toronto, for Wolfgang Amadeus Mozart’s Violin Sonata No. 32, K 454 in B flat Major. Both musicians displayed excellent technical command combined with expressive finesse and beautiful ensemble playing.

Next, soprano Lynn Isnar presented three songs, “O mio babbino caro” from Giacomo Puccini’s opera “Gianni Schicchi”, Sergei Rachmaninov’s “Oh Never Sing to Me Again” (sung in Russian), and “Je veux vivre”, Juliette’s Waltz, from Charles Gounod’s opera, Romeo et Juliette. Presently about to begin her final year in the Artist Diploma Program at The Glenn Gould School of the Royal Conservatory of Music, Isnar has expanded her coloratura range and gained considerable richness in texture. Supported at the piano by one of the most sought-after collaborative artists in Toronto, Dr. Michael Berkovsky, Isnar captivated the listeners with her clear diction and expressive singing.

The second part of the concert was dedicated to Armenian composers. Lynn Isnar sang “Kele Kele”, “Tsayn Dour Ov Dzovag” and “Krunk” by Father Komitas. Artun Miskciyan followed with “Yerangi” from Komitas’ “Six Dances for Piano” and Aram Khachaturian’s “Lullaby” from the Gayané Ballet Suite, which he performed with utmost delicacy and subtlety of nuances. Isnar returned with two more songs, Hampartsoum Berberian’s “Anor”, and R. Gregorian’s arrangement of Komitas’ “Dzidzernag”, a version that highlighted the singer’s coloratura range which Isnar sang with crystal clear precision.

Miskciyan followed with Arno Babajanian’s “Elegy” a work dedicated to the memory of Aram Khachaturian soon after the latter’s death, and based on Sayat Nova’s song “Qani vur jan im”. Then the pianist was joined by Julia Mirzoev for a brilliant performance of Aram Khachaturian’s Waltz from the Masquerade Suite. Finally, as the excitement of the audience kept building up, the three young performers joined forces to perform Arno Babajanian’s “Chknagh Yeraz” in a Tango arrangement by Toronto’s own Serouj Kradjian. An elated audience acknowledged the three musicians with a long standing ovation and was treated to an encore, Charles Gounod’s “Ave Maria” based on a Prelude by Johann Sebastian Bach.

All four performers were presented with commemorative medallions of Canada’s 150th anniversary. In his closing remarks His Grace Bishop Abgar Hovakimyan expressed his fervent appreciation for this highly successful and inspiring event, and congratulated the performers and the organizing committee of the CAAPA on their achievement. 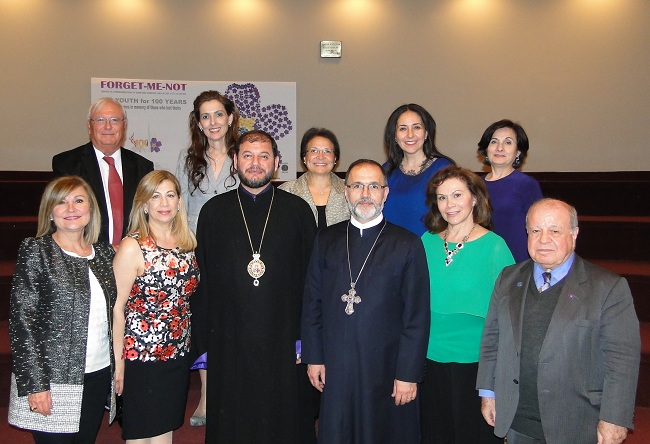 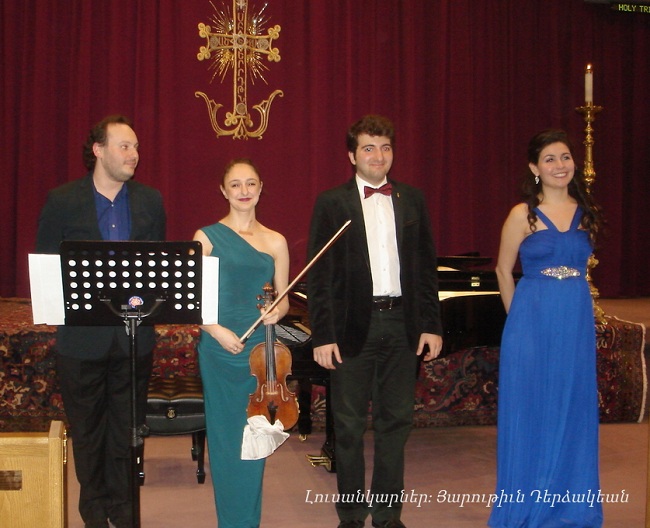 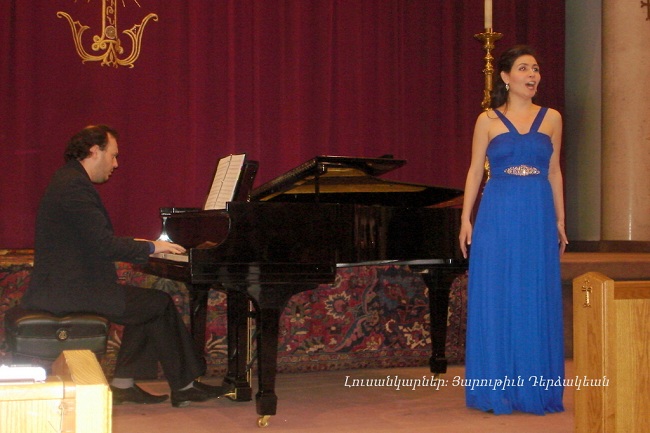 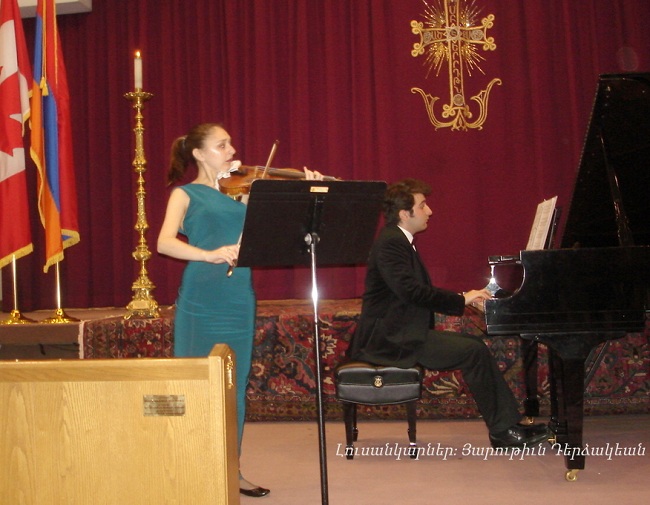