During the meeting, Mayor Tory and Bishop Hovakimian praised the active participation of the Toronto Armenians in various municipal initiatives, as well as in the life of the Church and the community. The Primate and the Mayor exchanged symbolic gifts, and the Primate was invited to leave a message in the City Hall guestbook.

Mayor Tory confirmed his participation in the Ecumenical Prayer on April 19, 2015, in the Metropolitan United Church of Toronto, dedicated to the 100th anniversary of the Armenian Genocide.

The Armenian delegation accompanying the Primate on this visit to Mayor included: 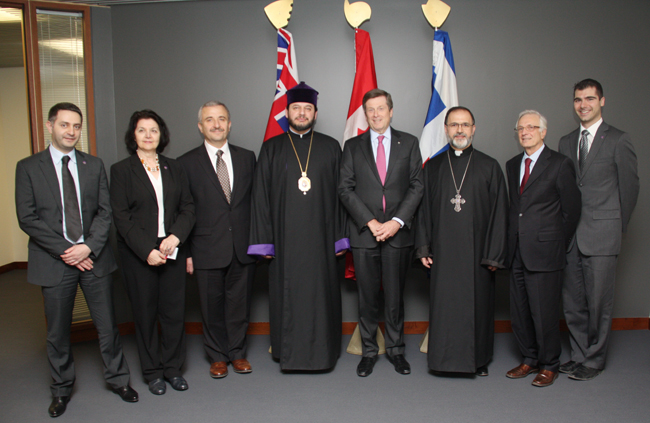