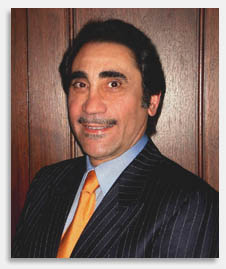 On March 20 th, 2010 the President of Nagorno Karabakh Bako Sahakyan signed an executive order granting a Medal of Gratitude to Mr. Ara Boyajian, member of the Hayastan All- Armenian Fund Board of Trustees. T he medal was bestowed on Mr. Boyajian in recognition of his longtime contribution to the economic and infrastructure development of Artsakh.

Rev. Archpriest Zareh Zargarian and the Parish Council of Holy Trinity Armenian Apostolic Church sincerely congratulate Mr. Ara Boyajian, the chairman of the Diocese of the Armenian Church of Canada and his wife, Mrs. Calabrina Boyajian and their children, Garen, Talar and Sarmen for their active involvement and support of All Armenia Fund – Toronto Chapter and the Holy Trinity Armenian Church. We pray to our God Almighty to bless Boyajian family.