Due to rainy weather, everyone gathered at St. Margaret Church’s basement and had a chance to meet and greet members of the community. It was a warm and friendly atmosphere.  Volunteers had worked tirelessly to organize this annual event.  Following a welcome message, Mr. McKay introduced the volunteers who had been nominated by the community leaders to receive special recognition from their M.P.

The Parish Priest, Rev. Archpriest Zareh Zargarian of the Holy Trinity Armenian Apostolic Church and its Parish Council had nominated Mrs. Houry Aznavorian to receive a recognition certificate for her long and devoted service to The Church. Mrs. Aznavourian has been serving the Holy Trinity Armenian Apostolic Church for many years and actively participating in different committees.

Mr. Mckay introduced Armenians and the Holy Trinity Armenian Apostolic Church to the audience as one of the most active organization in the community who stepped up and assisted the government in welcoming refugees from Syria and in helping them settle in Canada. He also talked about the Armenian Genocide and how Armenians were marched through the Syria deserts in 1915, and once again, are now forced to leave everything behind and seek refuge elsewhere.

Before handing out a beautiful pin and a certificate of appreciation to Mrs. Aznavourian, Mr. McKay read the following introduction:

“Growing up in Toronto, Houry Aznavourian has always been part of Armenian Youth groups in the Armenian community. She would take on different volunteer positions such as organizing social, cultural, and sporting events, dancing in Caravan, welcoming visitors, selling tickets and working with the organizing committees to make the event a success.

Houry was part of Holy Trinity Armenian Church Choir as a child and later on as an adult joined again after her father’s and sister’s passing. She encouraged her mother to join the choir and both of them became much loved and respected members and served on Sundays for many years.

In April of 2013, Houry joined the Armenian Family Support Services of the Armenian Church as a board member and an advisor.

Since March 2014, she has been a member of the Church Parish Council, serving as secretary on the Executive Board and the liaison for two groups working under the umbrella of the church: The Armenian Family Support Services and the Armenian Saturday School with over 250 students.

She has been part of the organizing events such as concerts and art exhibitions in 2015 commemorating 100th Anniversary of the Armenian Genocide.

More recently, she has been helping Syrian refugees settle in the GTA. With her warm and friendly character, Houry has helped countless newcomer families working closely with other team members finding jobs, school, home, and social support for the Syria Refugees.

In July 2016, Houry was involved in the Summer School as a volunteer teaching ESL to the adults who brought their children to school in the month of July.

In August she helped organize the very successful Computer Training Classes for Seniors that was made possible by the generous grant from the Government, which was part of the New Horizon Project for Seniors. Houry is a loving and a caring lady who would do anything and everything in her capacity to serve and assist the community.” 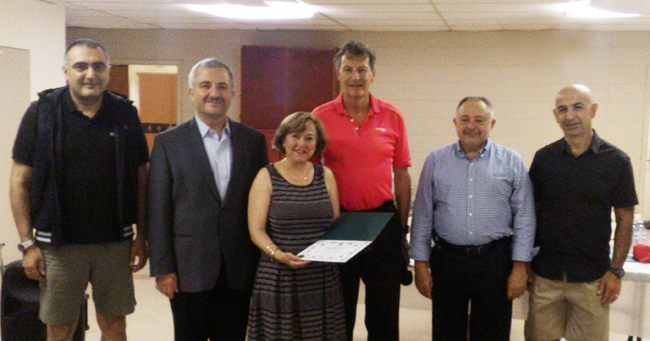 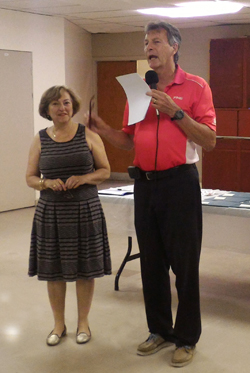