On February 24, 2019, in the Mother See of Holy Etchmiadzin, His Holiness Karekin II, Supreme Patriarch and Catholicos of All Armenians; Brigadier-General Guy Chapdelaine, Chaplain General of the Canadian Armed Forces, who arrived in Armenia on a cognitive visit. He was accompanied by His Grace Bishop Abgar Hovakimyan, Primate of the Armenian Diocese of Canada, His Grace Bishop Vrtanes Abrahamyan, Head Chaplain of the Armed Forces of the Republic of Armenia, and Rev. Archpriest Zareh Zargarian, Vicar of the Armenian Diocese of Canada.

During the meeting, His Holiness welcomed the mutual cooperation between the Head Chaplains of the Armed Forces of the two countries, stressing its’ importance in terms of the exchange of experience and making the service of the clergy more effective in the Army.

The Chaplain General of the Canadian Armed Forces also noted his visit to Armenia as a good opportunity to share with the spiritual leadership of the Armenian Army the experience of conducting spiritual service in military units and relevant knowledge in the field. Brigadier-General Chapdelaine also highlighted the presence of a clergyman in the life of the soldier, especially in difficult circumstances.

At the conclusion, His Holiness blessed the Chaplain General of the Canadian Armed Forces and wished him God’s support in his sacred and responsible mission. 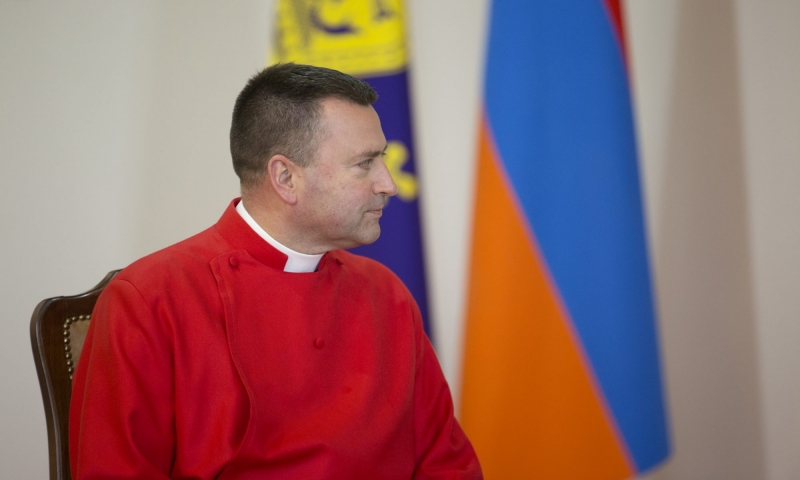 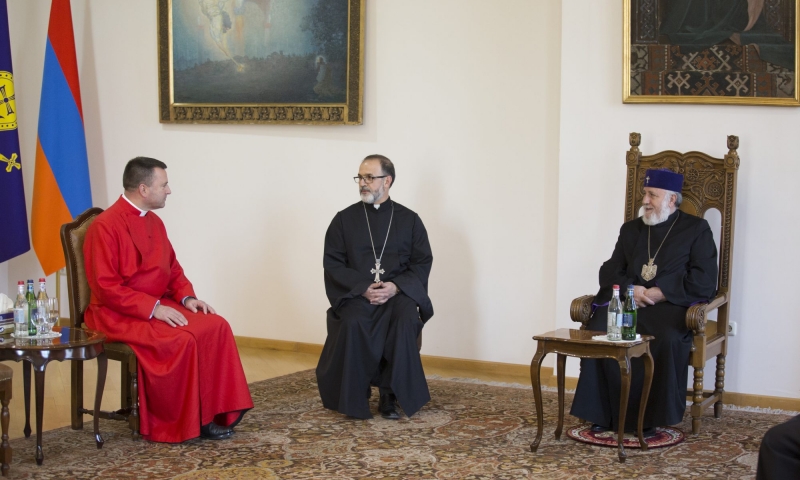 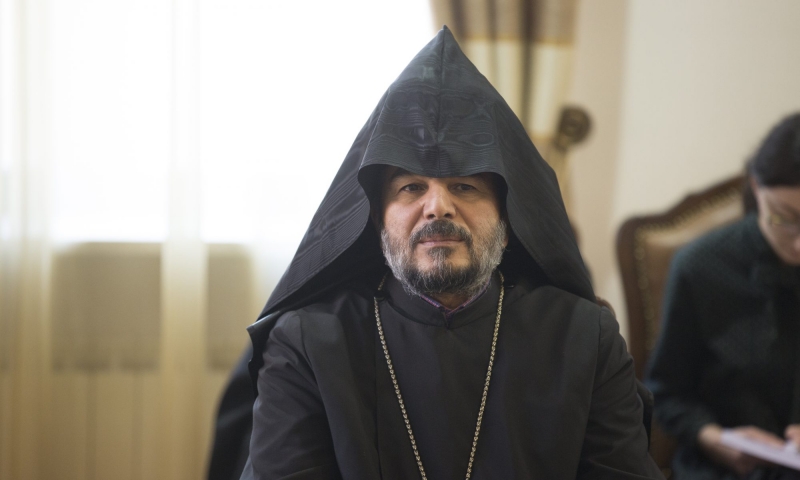 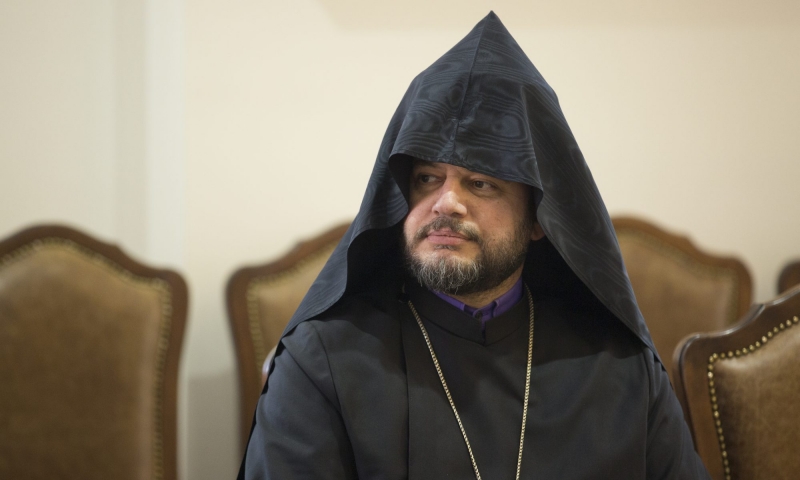 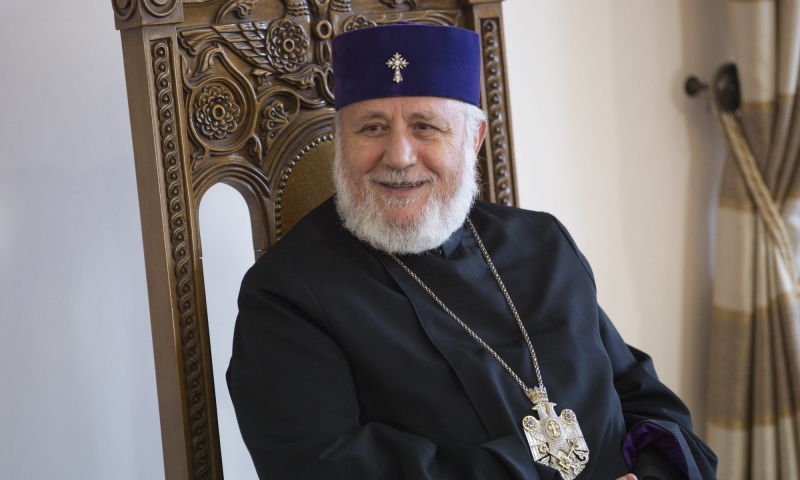 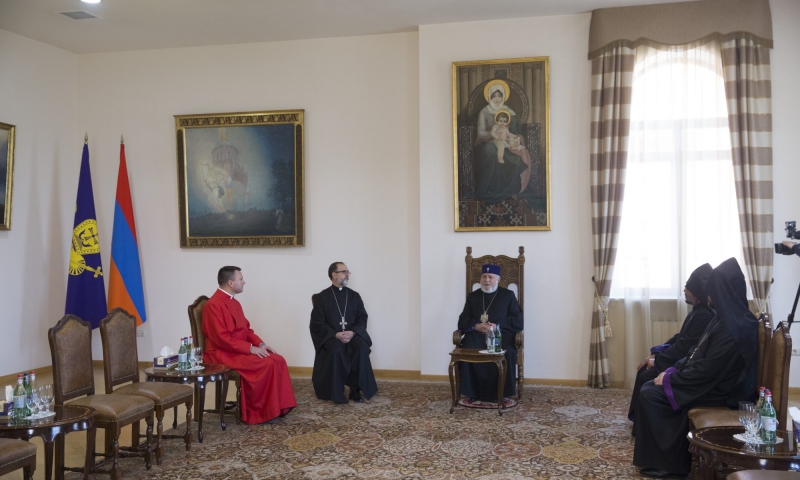 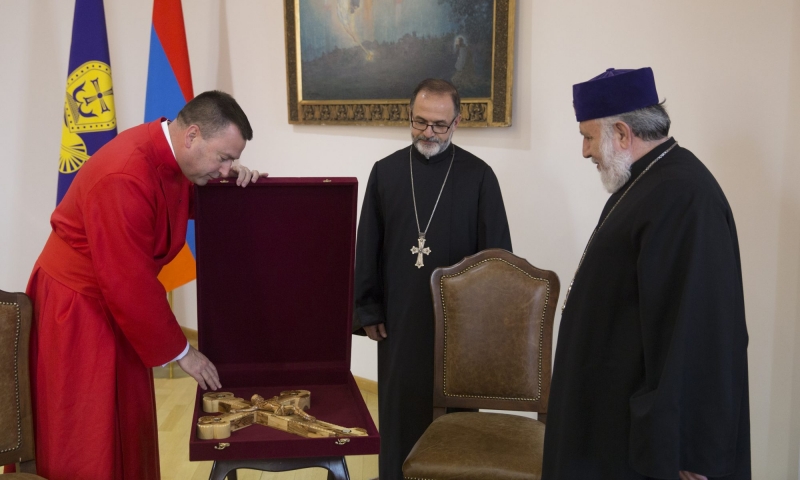 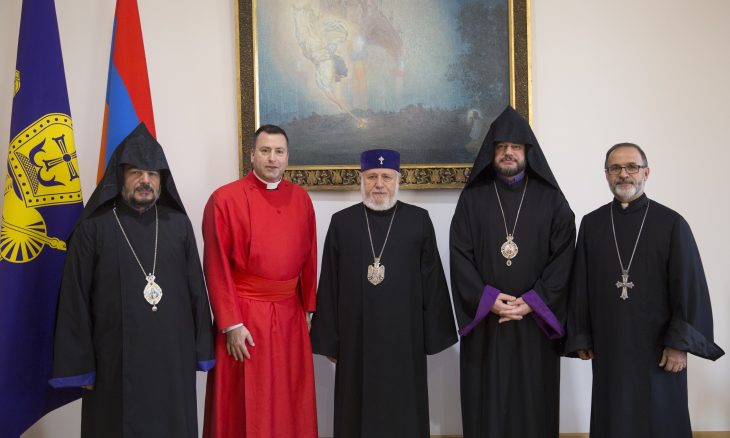 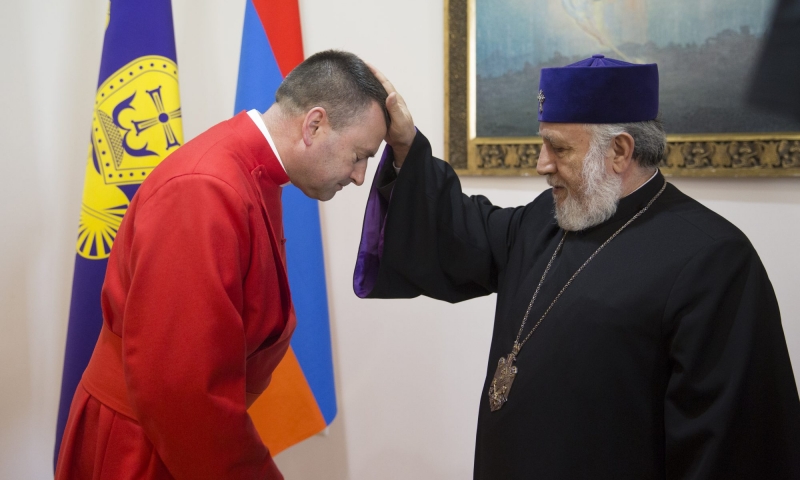 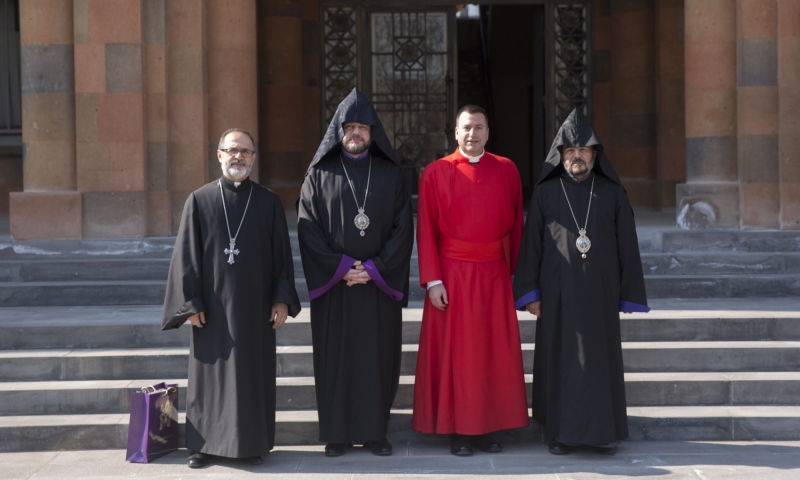