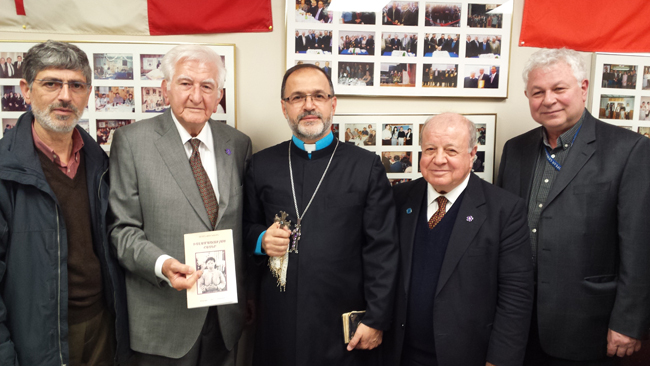 In his closing remarks, the Parish Priest of Holy Trinity Armenian Church, Rev. Archpriest Zareh Zargarian talked about the Genocide of the Armenians and the sad reality of forced conversion of Armenian children and women to Islam by the Turkish government. He praised Mr. Kurkjian for publishing this valuable book, that sheds light on this dark pages of less known chapter in the history of Armenians. Fr. Zargarian said a prayer and blessed Mr. & Mrs. Armen & Silva Kurkjian and their family. This was followed the tradition of pouring  Armenian wine over the book “Kinetzon” and blessing the book.

The enthusiastic members of the Armenian community of Toronto and the area congratulated Mr. Kurkjian on his latest book and appreciated his extensive and vast knowledge about the Armenian history, culture as well as the dark side of the Armenian Genocide and the aftermath. More photos… 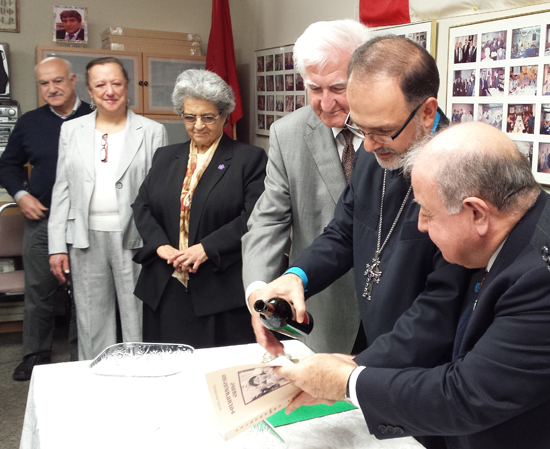