The 98th and 2nd Annual Assembly of Holy Trintiy Armenian Apostolic Church of Toronto and «Barev» Canadian Armenian Community Services Centre respectively took place on Sunday, April 28, 2019, at 2:30 pm in the «Magaros Artinian» hall of the church. The assembly was under the auspices of the Primate, His Grace Bishop Apkar Hovakimian. Present also were Archpriest Fr. Zareh Zargarian, Vicar of the Diocese and Pastor of Holy Trinity Armenian Apostolic Church and Mr. Ohan Ohannessian, chairperson of the Diocesan Council. Mr. Stepan Ekmekjian was nominated chairperson of the assembly, Ms. Betty Panossian was the recording secretary in Armenian, Ms. Arine Kemkemian the recording secretary in English, while Mrs. Apet Alpay was parliamentarian.

During the assembly detailed reports of the activities of the parish priest, the parish council, «Barev» Centre, the church committees, as well as the 2016-2018 financial reports were presented.

After deliberation, the reports were approved by the members present. The 2019 projected financial statement was also approved. Chairperson of the Diocesan Council, Mr. Ohan Ohannessian, invited Mr. Jack Stepanian, who chronologically presented all the meetings and official encounters that took place between November 2018 and February 2019. Mr. Ara Boyajian next presented to the members the details of the process of the purchase of the AGBU Centre, including the financial and legal aspects of it, as well as the difficulties encountered. He also mentioned the reasons why some details were not announced to the public before the completion of the purchase and the transfer of the property to the Diocese.

The members present were content with the detailed and transparent nature of the report and congratulated the committees for following up with the process all for the well being of the Canadian Diocese. Mrs. Sella Kaltakjian, member of the Electoral Committee, presented the names of the candidates. The following were re-elected to Parish Council: Mrs. Talin Tajerian, Ms. Arine Kemkemian and Mr. Raffi Kouyoumdjian. Mr. Madat Mamourian and Mr. Ohan Ohannessian were elected Diocesan delegates. Mrs. Sirvart Benedict, Mr. Hagop Deukmedjian and Mr. Ara Der Kevorkian were elected members of the Accounting Committee, while Mrs. Ani Sarvarian, Mrs. Sella Kaltakjian, Mrs. France Kandaharian, Mrs. Ayda Afarian and Mrs. Azniv Salibian were elected to the Electoral Committee.

In his closing remarks, His Grace congratulated Archpriest Fr. Zareh Zargarian for his dedicated service, the chairperson of the day, as well as the two recording secretaries. He  thanked the outgoing Diocesan delegate Mr. Jack Stepanian for the enormous work he had done, and congratulated the new members.

His Grace’s closing prayers brought the 98th General Assembly to its end. 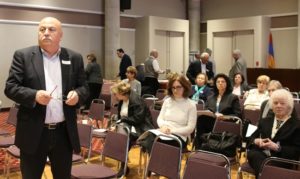 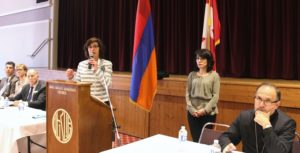 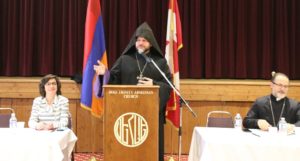 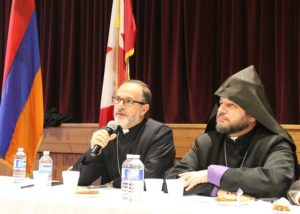 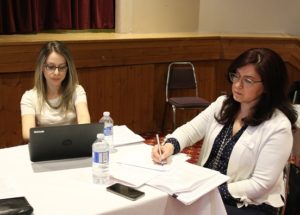 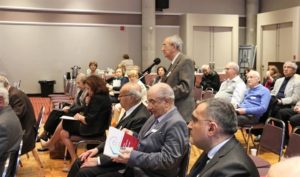 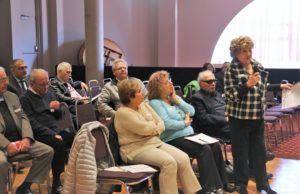 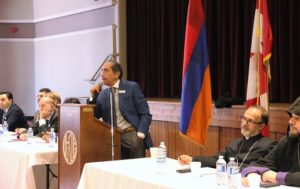 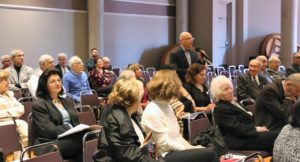 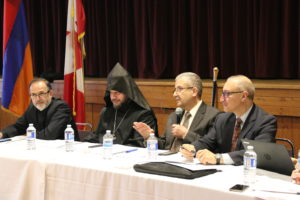